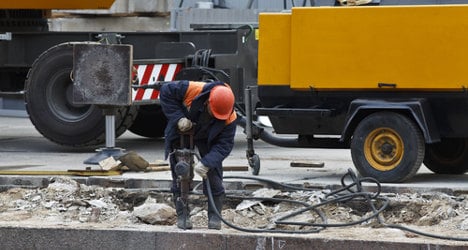 Spanish cities are renowned for being noisy: honking horns, loud voices and blaring televisions and radios from any bar or shop you pass all contribute to the general background din, which is especially prevalent in the country’s capital city, Madrid.

In the study, a group of Spanish researchers tried to calculate, using statistical models, the scope of the problem in Madrid and the effect it had on people over the age of 65.

The study, published in the journal, Environmental Research, showed that daytime noise levels were connected to 1,048 cardiovascular-related deaths a year and an annual 1,060 deaths due to respiratory illnesses.

Researchers calculated that if they reduced daily noise levels in Madrid by one decibel, they could prevent up to 468 deaths a year, 284 of those cardiovascular and 184 respiratory-related.

Around 80 percent of all noise produced in Madrid comes from traffic.

A number of studies over the past few years have found a correlation between exposure to noise and cardiovascular problems like hypertension and heart attacks.

Those studies have found that the effect could be down to cortisol, a hormone the body releases in response to stress. Noise increases stress, which means the body releases more cortisol, in turn producing more fat tissue to increase the supply of energy.

The effect can often be to worsen cardiovascular and respiratory problems.

One option is electric cars, says Julio Díaz, one of the four authors of the study: "If 12 percent of vehicles were electric, that would already lower noise levels by half a decibel."

Another option would be to coat road surfaces in a special kind of, particularly porous, asphalt that would absorb noise. Some tyre companies have also begun to produce tyres that are capable of reducing noise by up to nine decibels.

A World Health Organization report released in conjunction with the European Commission that high noise levels could be impacting over 340 million people in Western Europe, causing them to lose a million years of healthy life per year.

COVID-19
Pandemic in Europe won’t be over until 70 percent are vaccinated, says WHO

COVID-19
Covid-19 cases in Europe back on the rise after weeks of decline
Url copied to clipboard!