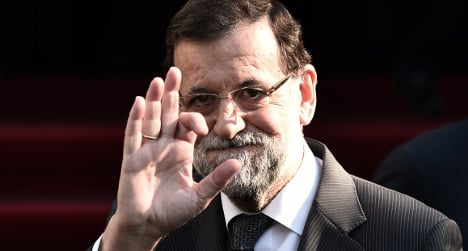 Spain will have created one million jobs in two years by the end of 2015, said a bullish Rajoy in a wide-ranging interview with Spanish news agency Efe on Sunday.

During the interview, the Spanish leader stuck to his 2 percent growth forecast for 2015. However, he said a total of 550,000 to 600,000 people would join Spain's workforce this year.

However, the total number of people registered as looking for work at the country's unemployment offices stood at a very high 4,447,711, while a separate survey of households run by the country's national statistics agency put that figure at 5.4 million in the third quarter of 2015.

The unemployment issue remains one of the key concerns of many Spaniards and the creation of new jobs could prove essential to election chances of Rajoy's ruling Popular Party.

While the Spanish economy is now among the fastest-growing in Europe, the benefits of that growth are not being shared by the jobless.