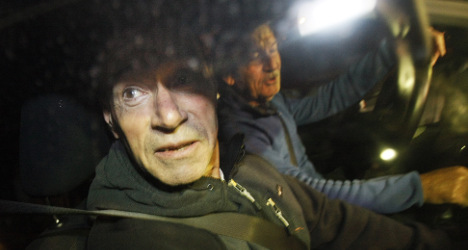 Officers detained Santiago Arrospide Sarasola, known as Santi Potros, in the town of Lasarte in the northern Basque Country, under a court order, the interior ministry said in a statement.

Potros was arrested in France three months after a car bomb attack by Eta in June 1987 at a Barcelona supermarket in which 21 people were killed, the group's deadliest attack.

He was extradited to Spain in 2010 and sentenced to jail for the supermarket bombing as well as other Eta attacks.

Judge Fernando Andreu of Spain's High Court, who specializes is terrorism cases, on Friday ordered his arrest, accusing him of having taken part in another Eta attack in 1987 that killed one person and of involvement in an attempted murder in the previous year.

Potros was not initially due to be released until 2030 but he was freed on December 4th after a court ruled that the 13 years he had spent in jail in France could be deducted from his sentence in Spain.

Eta victims said they felt "humiliated" by the decision, based on European Union rules that require jail time served in other nations to be taken into account during sentencing.

The principle has led to the release of other jailed ETA members in recent weeks.

The arrest of Potros comes after 10,000 people marched through the streets of San Sebastian in Spain's Basque Country on Saturday to protest against the arrest of 16 people accused of belonging to ETA, including 12 lawyers, and to press for "peace" in the region.

ETA — or Euskadi Ta Askatasuna, which means Basque Homeland and Freedom in Basque — in October 2011 declared a "definitive end to armed activity" but it has not formally disarmed nor disbanded as the Spanish and French governments demand.

The Spanish government refuses to negotiate with ETA, which has been severely weakened in recent years by hundreds of arrests as well as a decline in political and social support in the Basque Country.

ETA's last deadly attack in Spain was a July 2009 car bomb that killed two policemen on the island of Majorca.