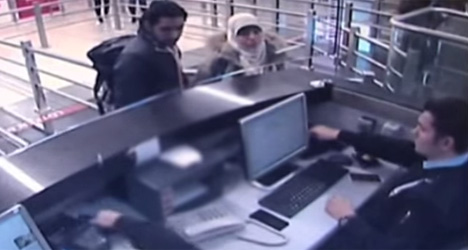 Coulibaly, his partner Hayat Boumeddiene, his brother, sister-in-law and nephew arrived in Madrid on January 2nd according to Spanish daily El Pais.

At Barajas airport they met Mehdi Sabri Belhoucine, a young French man who was to help them cross the border between Turkey and Syria on January 8th.

Boumeddiene is now wanted by police.

Coulibaly's family boarded a Pegasus flight at 2.45pm and he drove back to Paris. Six days later, he killed one police officer and four French Jews.

The 32-year-old Coulibaly was an ally of the brother Chérif and Said Kouachi, responsible for the attack on Charlie Hebdo in which 12 people were killed.

Coulibaly – who met Chérif Kouachi in prison – was sentenced to five years in prison in 2013 for his role in a failed bid to break an Algerian Islamist, Smain Ait Ali Belkacem, out of jail.

A Spanish High Court judge has opened a preliminary investigation into Coulibaly's trip to Madrid.

At this stage, no evidence has been found that he made any contact with other people while in Spain.