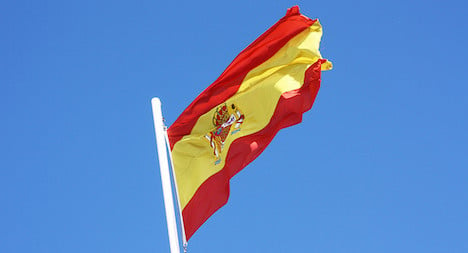 Statistics may not tell the whole story about a country, but they do provide a fascinating insight. For this article, The Local selected ten figures we believe help to explain Spain.

There were 4.905.495 foreign residents officially registered in Spain as of June 2014, out of a total estimated population of 46.507.760 million. The number of foreigners in the country could, however, actually be higher as not everyone is registered at their local town hall. There were 311,774 registered Brits in Spain at the start of 2014 for example, but the real number of people from the UK living in Spain either for the whole year, or part of the year, is likely to be much higher.

The largest groups of foreigners are Romanians and Moroccans, with the Brits in third place.

SEE ALSO: Eight countries in stats: from Spain to Sweden

Spain is definitely one of Europe's safer countries and crime rates in general are on the wane, despite increasing poverty because of the crisis.

Spain's health system continues to be world-renowned and its organ donor system is generally held up to be the best in the world.

Cancer survival rates mirror this trend with the five-year survival after diagnosis for all major types of tumour on the rise, according to a study published in The Lancet. Particularly strong improvements were seen for prostate cancer where the survival rate rose 73.7 percent from 1995 to 1999 tp 87.1 percent for 2005 to 2009.

For breast cancer, the survival rate rose from 77.8 percent to 83.7 percent in the periods in question.

A total of 54.1 percent of women in Spain aged over 20 to 64 are working, compared to 64.5 percent of men, 2012 figures from Spain’s national statistics institute show.

The biggest divide is in the 55 to 64 age group where  52.4 percent of men are working and 36 percent of women are in employment.

While this trend towards having fewer babies is in line with European trends, there have been concerns raised about Spain's ageing population with representatives from the United Nations Children’s Fund warning Spain’s ageing population could cause serious social and economic problems that could damage the pensions and healthcare systems.

At 23.7 percent Spain's unemployment is one of the highest in Europe and consistently rates as one of Spanish citizens' chief preoccupations in the monthly polls carried out by the government research body CIS.

While the figure has dropped from the 25.65 percent of mid-2014 it remains a serious problem, and for people under 25, the jobless rate is 52 percent. On top of that, there are 1.79 million families with all working-age members unemployed.

The economic crisis has hit Spanish workers harder than their counterparts in most other countries. Average salaries have fallen by an average of 2 per cent a year since 2007, more than anywhere else in Europe except Greece.

The mean average monthly salary in Spain in 2013 was just €1,324 while 34 per cent of the country's 16,682,861 employees earned the minimum wage of €645. Tax office figures show that almost half of Spain's total workforce, some 7.7 million people, are so-called 'mileuristas', earning €1,000 a month or less.
Rainbow marriages
The expense of weddings and changing attitudes to traditional marriage have had an impact on post-crisis Spain. In 2000, the average rate of marriages per year per 1000 inhabitants was 5.4 but that fell to around 3.6 by 2010. The 2013 rate was just 3.3.
There were 155,098 couples married in 2013, down 8 per cent on the previous year.
Same-sex marriages accounted for 3,102 of those, a slight fall from 2012's 3,834 figure. A total of 30,453 gay and lesbian couples have been married in Spain since it was made legal in 2005.
Life on the streets
Figures on homelessness are notoriously difficult to obtain but Spain's national statistics institute reports that 22,938 people used the country's homeless hostels and shelters in 2012, the latest year for which numbers are available.
Major Spanish charity Caritas, meanwhile, estimates there are over 30,000 people living on the streets in Spain, and highlights that there were 35.908 home evictions in the country from January to July 2013.
Some 83 percent of the people evicted did not have another home, Caritas said.