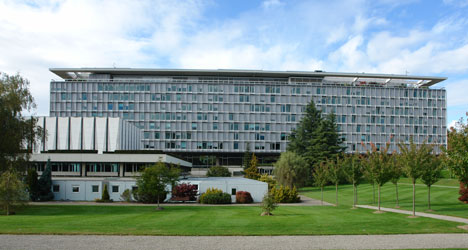 The World Health Organization (WHO) condemns genital mutilation as a "violation of the human rights" of women. Photo: Yann Forget/Wikimedia Commons

The measure is part of a comprehensive strategy for preventing, detecting and treating the practice among at-risk populations in Spain.

"I promise to look after the health of the minor(s) who I am responsible for and prevent genital mutilation and come to a medical review after returning from the trip," reads the document paediatricians will require parents to sign.

Doctors will also be required to inform the parents of the health consequences of the practice according to the protocol which is expected to be implemented in the coming months, according to Spain's health ministry.

Once a family returns to Spain, the girls must be examined again by a doctor, who can start legal action against the parents if it is found that the minors underwent female genital mutilation during their trip.

If a parent refuses to sign the documents, doctors will be required to inform judicial authorities "who can put in place precautionary steps to prevent" female genital mutilation from happening, according to the protocol.

The protocol notes that there are nearly 17,000 girls under the age of 14 years living in Spain whose families are from countries where female genital mutilation is common.

Female genital mutilation ranges from the hacking off of the clitoris to the mutilation and removal of the entire female genitalia, and is carried out from the youngest babies to teenagers.

More than 125 million women have been mutilated in 29 countries in Africa and Middle East, according to the World Health Organization (WHO), which condemns the practice as a "violation of the human rights" of women.

Communities originally from those countries have also carried the painful tradition to Western nations.

Apart from the intense pain itself, immediate dangers include bleeding and infection. In the longer term, risks include infertility and complications during childbirth, sometimes resulting in the death of the baby.

While illegal in multiple nations, including Spain, female genital mutilation continues to be carried out in secret, often in basic conditions without anaesthetic.

"There is no evidence that mutilations are carried out in Spain, but that parents take advantage of trips with their daughters to have it done,"  said Nieves Crespo, who manages female genital mutilation prevention programs for the Union of Family Associations