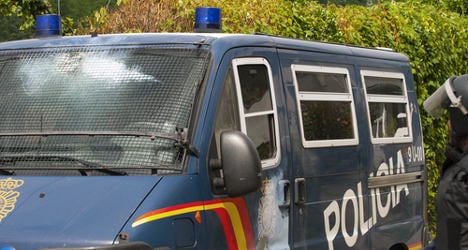 The recommendations were issued to police officers after the recent terror attack on French satirical magazine Charlie Hebdo, according to Spanish free daily 20 minutos.

Under the terms of the protocol, police have been told to check passports to ascertain whether people have been in countries including Iraq, Saudi Arabia, Turkey, Syria and Lebanon.

Officers should also pay special attention to Arabs carrying more than €1,000 ($1,200) as they could be acting as human couriers. Spanish security forces believe this was the case with Hayat Boumeddiene, the girlfriend of dead terrorist Amedy Coulibaly, who took a flight from Madrid to Turkey on January 2nd.

Police are also expected to stop and identify Arabs using video cameras away from tourist areas, especially around critical infrastructure such as airports and train stations. In addition, officers should carry out identity checks on Arabs in vehicles working with laptops. In such cases, police must immediately identify provincial authorities.

In the event of searches of people or vehicles, police officers should also check for the presence of agents used to make the highly explosive acetone peroxide.

Police have also been told to pay special attention to Algerians, with the North African country a traditional focus for terrorist activity in Spain.

But police have also been told to refrain from racist or xenophobic comments. They are also not designed to lead to indiscriminate rise in the number of identity checks carried out in public places.

The guideline have only been issued to Andalusian police forces at present but will soon be passed on to other regions with large Arab populations including Catalonia and Madrid and Spain's two North African enclaves of Melilla and Ceuta.

Spain is currently looking at drawing up new antiterrorism measures in the wake of the Charlie Hebdo attack to deal with the new threat of terror cells, or individuals acting alone. Current legislation focuses on more traditional terrorist groups.

The move is in line with similar development across Europe. On Wednesday, Denmark's justice minister Mette Frederiksen said Danish citizens who fight alongside the terrorist group Isis should be charged with treason.

The German government, meanwhile has announced plans to issue 'jihadi ID cards', Italy is looking at increasing online surveillance and an Austrian right-wing party has called for returning foreign fighters to be "interned".
Sweden's home affairs minister, meanwhile, is calling for increased cooperation and better information sharing between EU countries, telling The Local Sweden that "we must not let the dark forces win".