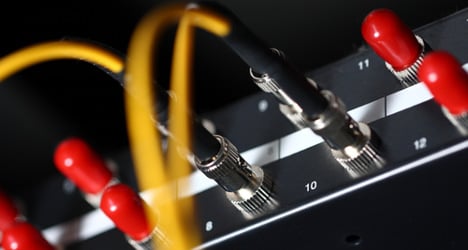 Photo of a network device: Shutterstock

Under the changes proposed in December, the interior minister and the secretary of state for security would have been granted the power to authorize surveillance in "emergency cases," or for a matter of "particular gravity".

The measure would have allowed the government to order authorities to tap phone, written and online communications when investigations target criminal organisations, terrorism, crimes against minors or "people with a special legal status," which was not clearly defined.

At present police can intercept private communications without a judge's consent only in probes targeting suspected terrorists or organized crime groups.

But in comments to Spanish radio stations both Spain's interior minister Jorge Fernández Díaz and the country's justice minister Rafael Catalá said plans to change the rules would now be revised.

The comments came after Spain's judicial watchdog, the General Council of the Judiciary (CGPJ), warned the changes could be unconstitutional.

Speaking to Spanish radio station SER, the justice minister explained the idea behind the proposed legislation had been to boost efficiency of investigations into organized crime or crimes against women and children.

But he said "we don't want to force these matters and are prepared to negotiate given the reports issued (by the CGPJ) and to reflect (on the matter), in order to establish a project with the widest possible support base".

In December, the leader of the main opposition Socialists, Pedro Sanchez, condemned the proposal, likening it to "a kind of Big Brother" move that represented "another tightening of the screws" on human rights and freedoms.

The decision to shelve the plans to boost surveillance powers in Spain comes in the context of a heightened terrorism threat level in the country after a recent attack on French satirical magazine Charlie Hebdo which left 12 people dead.