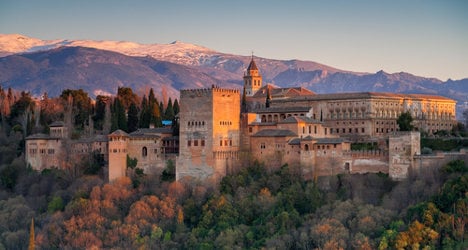 The Alhambra Palace takes its name from the Arabic for 'red palace', a reference to the red soils of the region Photo of the Alhambra: Shutterstock

The study, carried out by the world famous tourist attraction, also shows that in January and February, usually the quietest months, visitor numbers were up by 20 percent and ten percent respectively.

The Alhambra study revealed December tends to be a quiet month; the day with the fewest visitors was December 11th, with 2,212 people visiting, while the busiest day was May 1st, a bank holiday in Spain, when 9,329 people visited the Unesco World Heritage Site.

The Alhambra’s director general, María del Mar Villafranca, called 2014: "the best tourist year in the history of the Alhambra."

The Alhambra Palace, originally built as a small fortress in 889, was constructed in the style we know today by the Moorish Nasrid emirs in the 13th and 14th centuries, extending it into a fortress–palace complex.

Its location, right at the top of the Al-Sabika hill overlooking the entire city of Granada, gave inhabitants an excellent viewpoint over approaching enemies.

The Alhambra has featured heavily in literature, most notably in Washington Irving’s Tales of the Alhambra (1832). The American writer lived in the Alhambra while writing the book, which went on to introduce the, by then, rundown site to Western audiences.

The palace takes its name from the Arabic, al-qala'a al-hamra, or Red Palace, even though the original building was painted while. The name comes from the region’s red clay.

The fortress is surrounded by the beautiful Generalife gardens that are full of pools, fountains and winding pathways among exotic flowers and giant trees.

And if you can't manage to make it all the way to the Alhambra fear not, Google has recently begun offering 360 degree virtual tours of the palace on Street View so you can always check out the most visited attraction in Spain from the comfort of your armchair.

The attraction was hit by controversy late in 2014 when 77 people appeared in court over their roles in a €3.5 million ($4.42 million) ticket scam involving thousands of fake tickets sold to tourists between 2002 and 2005.

2014 was a record-breaking year for Spanish tourism. The country welcomed a staggering 61.7 million visitors in the first 11 months of the year: a new annual record for Spain. 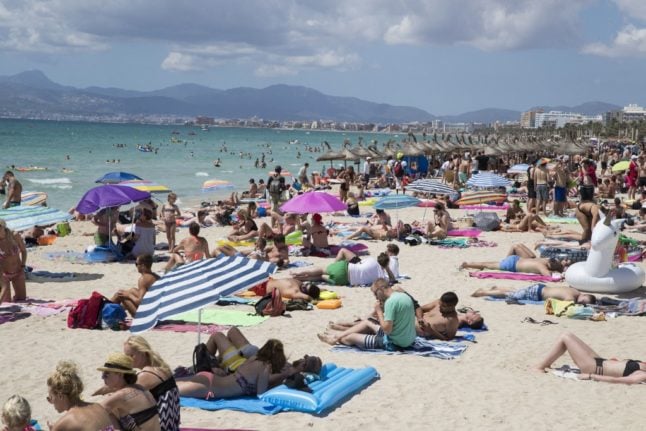