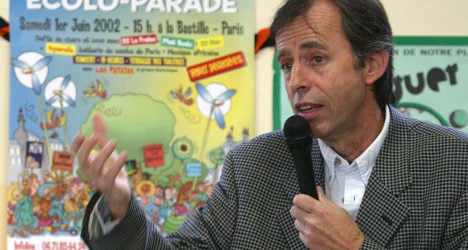 Bernard Maris, 68, one of the 12 victims of Wednesday’s shooting at the offices of Charlie Hebdo, was a renowned economist, writer and journalist who published a regular column for the magazine under the pen name Oncle Bernard (Uncle Bernard).

He played a major part in the magazine’s relaunch in 1992 and was its deputy chief editor, as well as regularly appearing on French television and radio to debate about economic and politics.

He was also a member of the Bank of France’s General Council and had published numerous humorously-titled books on economics including 'Marx, oh Marx, why have you abandoned us?' in 2014.

"He was a delightful man", said Jacques Sapir, director of studies at the School of Advanced Studies and Social Sciences in a blog for the French edition of the Huffington Post.

"He was and continues to be the model of a citizen economist, like Keynes, who was his great reference. He died in his office, killed by the stupid fanaticism that he abhorred.

Bernard Maris was gunned down alongside 11 others, among them some of the magazine’s editor, Stephane Charbonnier, who, in reponse to death threats he had received after publishing controversial cartoons of the Prophet Muhammed said, "I'd rather die standing than live on my knees".

In France, police are hot on the heels of two of the suspected gunmen, with French newspaper Le Parisien reporting that two people are dead and 20 injured after an exchange of gunfire.

The latest is that one person is still being held hostage by suspects. Negotiations have begun.

Keep up to date with all the latest news from France at The Local France.