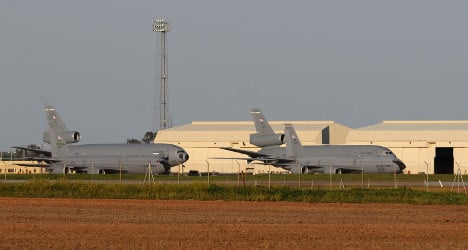 Since 2013, the US has had a rolling annual deal with Spain which allows for Africa crisis troops to be stationed at the Morón de la Frontera air base near the city of Andalusia in Seville.

But with the current annual agreement set to expire on April 19th, the US has contacted Spanish authorities by letter asking for the arrangement to be made permanent, Spain’s El País newspaper reported on Monday.

The hoped-for deal would see the US stationing up to 850 troops full-time at the Andalusian base as part of a rapid-response unit to deal with crises in Africa. That number would then rise to 3,000 as needed.

The request has come as no surprise to Spain but some officials are frustrated by its late arrival, sources quoted by El País stated.

The problem is that any such move towards permanency would require a rewrite of the treaty on the US use of Spanish bases. This new treaty would then have to passed in the Spanish parliament and with April 19th deadline fast approaching, there is little time for negotiations.

However, with municipal elections expected in May and the US congress to be dissolved in the fall, there is little time and plenty of political pressure to find a solution.

Spain’s ruling Popular Party are now seeking support from the opposition Socialists to get the deal passed while insiders have said the current deal could now be extended to buy the Spain and the US time.

Spain is key to US military strategy in Europe and Africa with the Rota naval base in Andalusia part of the Nato defence shield.

But some Spanish officials are worried about the vagueness of any new deal concerning the Morón base, especially in terms of troop numbers.

“What we don’t want is an open bar,” one diplomatic source told El País.

“During a crisis is exactly when the Spanish government needs to be better informed and to control whatever military use is being made of its territory,” that source said.

The "crisis response" task force was created in the aftermath of the 2012 deadly attack on a US diplomatic post in the Libyan city of Benghazi, which left four Americans dead.

The rapid reaction force has already been called on several times since its creation, including for a mission to evacuate much of the US embassy staff in Juba when violence erupted in South Sudan.

The contingent, which the corps calls the "Special Purpose Marine Air Ground Task Force-Crisis Response," has a fleet of KC-130 transport planes and MV-22 Osprey tilt-rotor aircraft at its disposal.