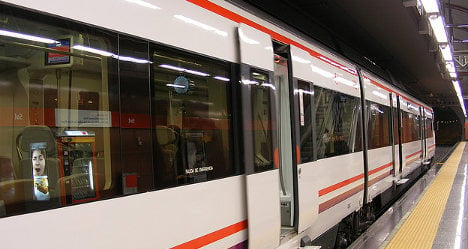 The policeman fell during a struggle with a suspected thief, who also fell onto the tracks. File photo: Mathieu Marquer

The policeman fell during a struggle with a suspected thief, who also fell onto the tracks.

The policeman died of his injuries, while the other man was taken to hospital ‘with serious injuries’, according to police sources quoted in the Spanish Huffington Post.

The struggle happened at 12.30pm on Friday in Embajadores train station in central Madrid after the policeman recognized the suspect on the platform.

The C-5 cercanía, or commuter train, service remains suspended between Laguna station and Atocha, which was evacuated earlier on Friday in an unrelated bomb scare.

Following the incident Spanish police tweeted of their shock.

“We are shocked and grieving the death of our colleague who died while working to keep our citizens safe in Embajadores train station (Madrid).”