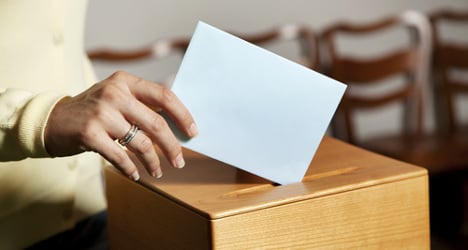 Many foreigners living in Spain are entitled to vote in local elections in Spain in 2015.

But to have the chance to vote in May 2015, you need to have previously registered as a resident with your local town hall in Spain via the process known as empadronamiento.

Importantly, you also need to have expressed your intention to vote beforehand.

Eligible first-time voters should have already received a letter from their local authority asking them whether they plan to vote or not. If you have received this letter but have yet to respond, time is running out.

For EU citizens, the deadline is Tuesday December 30th, while for people from other eligible countries it is January 15th 2015.

You can now register online using the code provided with your letter, or by visiting your local town hall, although it is a good idea to call in advance.

If you haven't received a letter about your intention to vote, contact your local authorities as soon as possible.

All foreigners who live in Spain for at least six months a year are required to register with their local authorities in the process known as empadronamiento.

SEE ALSO: The Local's A to Z of Spanish bureaucracy

This empadronamiento is important for proving your address so that you can receive your government health card card (tarjeta sanitaria), enrol your children in local schools, buy or sell a car, or even get married.

Funding for local hospitals, schools and other services is also dependent on the number of people officially registered as living in an area, so signing on to the municipal roll benefits everyone.