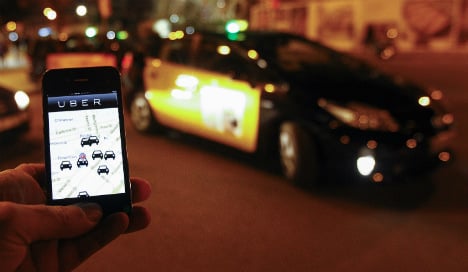 A Spanish judge on December 9 banned the company from operating its UberPOP service in Spain and ordered telecom companies and payment service providers to block it.

It said those were "precautionary measures" adopted while the court examines a case brought by the Madrid Taxi Association.

"Uber will continue to respect Spanish law but has decided to challenge the precautionary measures," the company said in a statement.

"Uber is confident that when it can set out its arguments before the court, these unusual measures will be lifted. Uber will therefore continue offering its services to Spanish consumers while it considers its challenge."

The Madrid court said Friday it was contacting telecom companies and payment handlers ordering them to "immediately refrain" from hosting Uber and letting it operate, a spokesman for the tribunal said.

Founded in 2009 in California, Uber has grown quickly and lured passengers away from regular taxis by facilitating cheaper rides.

It has been targeted by legal cases in the United States and several other countries, most recently in South Korea and Taiwan.