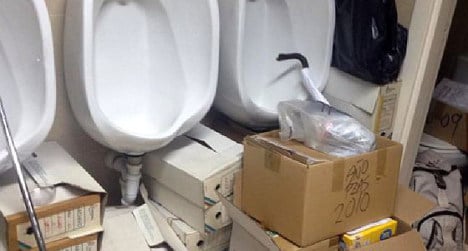 A bathroom doubling up as a storage cupboard in a court in Torrejón de Ardoz, near Madrid. Photo: Foro Judicial Independiente

A bathroom converted into permanent archives, or boxes of files wedged in next to urinals: these are just two of the sights you might come across if you visited a Spanish court.

Judges and civil servants have been criticizing the atrocious state of many of the country’s courts, with some of the problems including broken windows sealed up with cardboard, exposed cables and shelves falling apart under the weight of legal files, Spanish newspaper El País reported recently.

Spain’s courts are feeling the affect of seven years of economic crisis coupled with a complete lack of interest on the part of many politicians which means thousands of employees across the country are forced to work in below par conditions which could affect their health and safety.

It is not only the smaller or rural courts that are in a bad state. Last April, a fire damaged the roof of a court in the centre of Madrid and in October the archives of the Institute of Legal Medicine and three courts in Majorca were destroyed in a fire.

In some situations, Spain’s workplace safety agency has been forced to intervene. It closed a court in Alcalá de Guadaíra, near Seville back in 2011 after the floor of the reception area collapsed.

In Guadalajara, workers staged protests recently over poor air quality and electromagnetic radiation from transformers housed in the building.

Even places as prestigious as Spain’s national court, which will undergo renovations in 2015, are looking worn.

In response to these terrible working conditions, Spain's Forum of Independent Judges have launched a social media campaign, sending a dossier of photographs to Spanish media which reveal the grotty conditions of many of the country’s courts.

When questioned recently about the situation, Spanish justice minister Rafael Catalá said: "In the 2015 budget there is a considerable increase in funding to improve buildings and to incorporate new technology in the courts, which is another thing we have been waiting for." 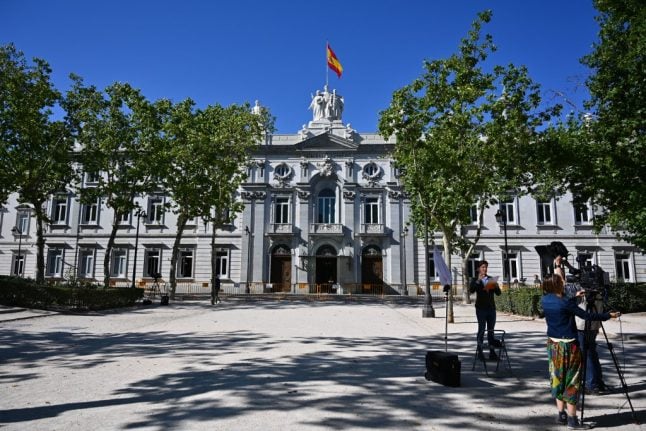 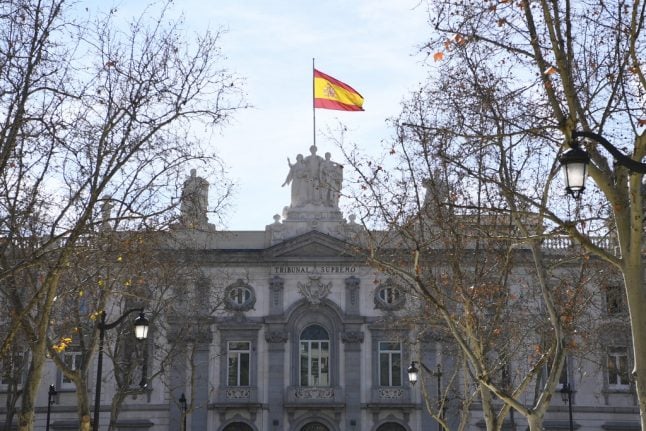