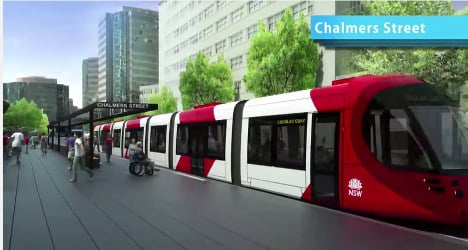 Work on the line with 19 stops is scheduled to start in April 2015 and it is expected to start operating at the beginning of 2019. Screen grab: Acciona/YouTube

The regional government of the state of New South Wales on the east coast of Australia in October announced that it had selected the Connecting Sydney consortium, which also includes France's Alstom, Australian investment fund Capella Capital and Transdev, to carry out the project.

The 12-kilometre (7.5-mile) light-rail link with 19 stops will link Sydney's central business to the southeast of the city and will include stops in several key locations such Sydney Football Stadium and the University of New South Wales.

Work on the line is scheduled to start in April 2015 and it is expected to start operating at the beginning of 2019.

The light-rail link will allow carrying up to 15 percent more passengers during peak hours and provide 33 percent more seats during the day once it is completed.

The project is expected to provide a significant boost of more than $A 4 billion ($3.3 billion, $2.7 billion) in economic benefits to the New South Wales economy and create 10,000 jobs, according to Acciona.

News of the deal comes just days after it was revealed a US subsidiary of Spanish firm ACS has won a contract to build part of the first ever high-speed rail line in the US, a stretch of track which will eventually help connect Los Angeles and San Francisco in under three hours. 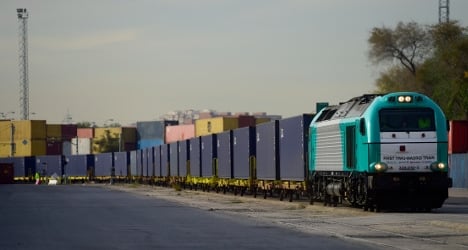 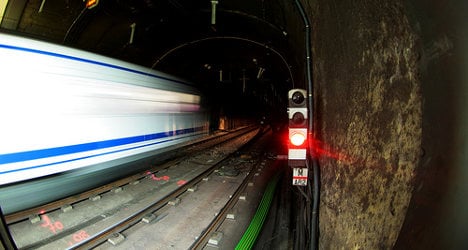 The first freight train to link China directly to Spain arrived in Madrid on December 9th after a 21-day journey. Photo: AFP

The train arrived in Madrid to great fanfare in early December after a 21-day trip through Kazakhstan, Russia, Belarus, Poland, Germany, and France.

But the return voyage of the service — still in its test phase — has been beset by problems including Russia's winter and costs that are 20 to 30 percent higher than the traditional sea route, according to Spain's El País newspaper.

Operators had had hoped the train would be back in China in time for Chinese New Year on February 19th, replete with 30 containers bearing goods including olive oil, Spanish wine and even the Spanish ham known as jamón — all of which are increasingly popular with China's huge middle class.

The new overland service offered by the train is ten days faster than sea routes and is not affected by ocean conditions. However, the higher costs are putting companies off placing their goods on the railway.

For the wine, Russian temperatures of –20C to –30C also cause serious problems with the train's operators now considering moving goods to temperature-controlled containers at the border of the world's largest country.

In the meantime, the thirty containers set to make the voyage to China remain empty in a Madrid warehouse.

An official delegation is expected to arrive from Yiwu — the world's biggest sales and distribution hub — in the near future with price negotiations set to follow.