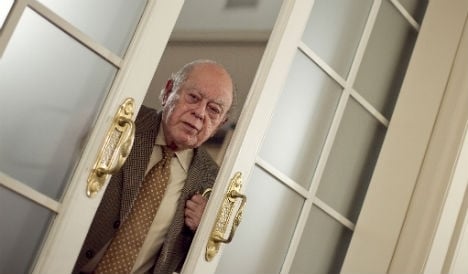 Pujol headed the Catalan regional government from 1980 to 2003 and later became a leading figure in the drive for independence for the northeastern region, which is embroiled in a tense standoff with Madrid.

An investigating judge in Barcelona, Beatriz Balfagón, named Pujol as a formal suspect and ordered him, his wife and three of their children to appear in court for questioning on January 27th, in a written ruling.

She has ordered further investigations into his tax affairs in Andorra and Liechtenstein based on her suspicions he committed tax fraud.

The judge also suspects Pujol of money laundering, she said in her ruling.

Further accusations of embezzlement of public funds and receiving bribes brought by the right-wing anti-corruption group Manos Limpias have been dropped with Balfagón believing these to be overly vague.

Jordi Pujol shocked Catalan political circles when he admitted via a statement published in July that he had kept a fortune inherited from his father hidden from the Spanish taxman for 34 years He denied political corruption, however.

He was later stripped of his privileges including his pension and his chauffeur.

The cases against the family have complicated the campaign by Catalonia's current president Artur Mas, Jordi Pujol's political heir, to hold a vote on independence for the region.

Spain's government outlawed any such move, but Mas pushed ahead with a symbolic ballot on November 9th. Pro-independence parties are now considering their next move.