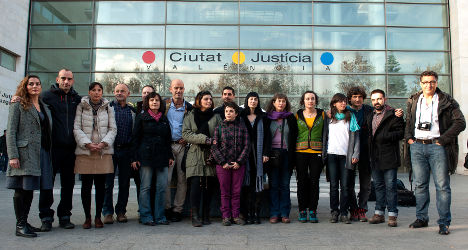 Greenpeace activists outside court during their trial over a demonstration at the Cofrentes nuclear plant, in Valencia on December 4th. Photo: José Jordan/AFP

The court in the eastern city of Valencia also cleared all charges against a photographer who accompanied the activists during the protest in February 2011, it said in a written ruling.

Activists broke into the Cofrentes plant, run by Spanish energy company Iberdrola, on February 15, 2011, and painted "Nuclear danger" in big black letters on a cooling tower.

In the trial in Valencia this month they were charged with criminal damage, breaching public order and injuring two security guards at the Cofrentes plant near Valencia.

The court on Tuesday ordered each of the activists to pay a fine of €1,080 and ordered Greenpeace to pay a further €2,232 for damage to a fence at the plant.

It acquitted the activists of the two other charges, saying there was no evidence they had caused public disorder nor that they had hurt the guards.

It acquitted Pedro Armestre, an independent photojournalist who works for Agence France-Presse, of all three of charges.

"The sentence makes clear that attempts to criminalise peaceful protest have been in vain," said the director of Greenpeace in Spain, Mario Rodríguez, in a statement.

The sentence is open to appeal for 10 days.

Greenpeace said they were the toughest charges it had ever faced in Spain. The defendants had risked jail sentences of up to two years and eight months. Greenpeace also risked a fine of €357,000.

Cofrentes is Spain's most powerful nuclear plant, producing five percent of the country's electricity overall. It has been running for 30 years. 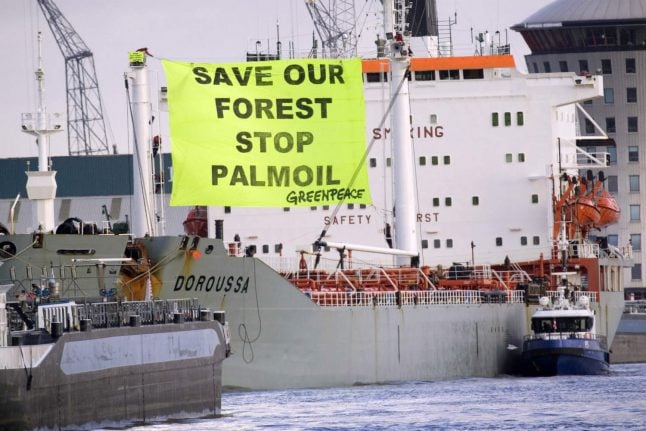 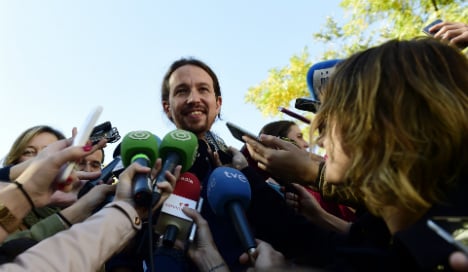 POLITICS
Google reveals what Spain REALLY wants to know about its politicians
Url copied to clipboard!