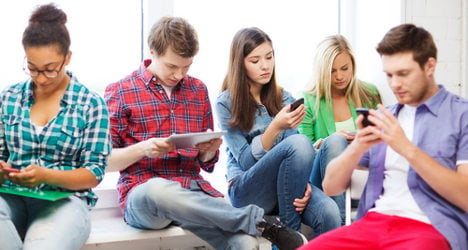 Photo of people on the internet: Shutterstock

The fifth most searched for piece of advice in Spain in 2014 was 'how to vote' according to figures published by Google on Tuesday.

The results come in a year when Spaniards went to poll in the the May 2014 European elections, which saw the rise of Podemos, the left-of-centre party which grew out of the 'indignados' or anti-austerity movement.

The party has a huge online presence and has harnessed social media to attract support throughout Spain. The group's Twitter account has 465,000 followers or more than twice the number of the ruling Popular Party, while they have clocked up 912,000 Facebook likes.

There is another big election on the horizon in Spain: 2015’s general election, so Spaniards will surely continue searching ‘como votar’ or how to vote.

Perhaps highlighting the young age of the majority of internet users, the most searched for advice in Spain in 2014 was 'how to make bracelets'.

But these aren't just any bracelets: do the search yourself and you will be directed to a multitude of videos showing step by step guides on how to make Rainbow Loom bracelets.

These bracelets, a massive hit across playgrounds in Spain, are made by weaving colourful rubber bands together. Rather than using the Rainbow Loom, a contraption around which you can stretch the rubber bands, Spanish kids have been very resourceful; there are videos of them stretching rubber bands around forks and even their own fingers.

The list also suggests that Spaniards are seriously lacking in 'swag'. Number four on the list of most searched for advice on Google is 'how to be swag'. Swag is a way of dressing and acting and seems to be used by kids, much like the bracelets.

Soulja Boy singing about his swag.

So what is 'swag'? According to Spanish search results for 'cómo ser swag' its about confidence, being original and not caring what other people think.

Spaniards might be big fans of Mexican food, but many have no idea how to make it: number six on the list was ‘how to make fajitas’.

And despite the most commonly held belief that Spaniards are all interested in learning English, the only language to feature in the top 10 ‘how to’ searches of 2014 was…Chinese.

Google's yearly round up also included the most 'what is?' searches in Spain. Among the entries were 'what is a selfie?' and 'what is ebola?'.

In terms of the most searched-for celebrities on Google in Spain, the honours went to Austrian Eurovision winner, Conchita Wurst and US actress Renée Zellweger, who hit the headlines in 2014 when she appeared unrecognizable at a film premiere, causing speculation as to whether or not she had undergone cosmetic surgery.