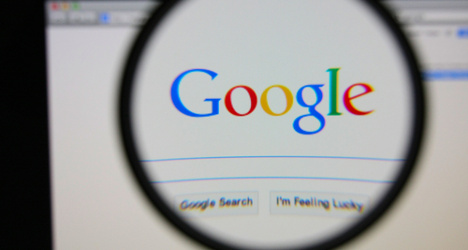 Tech giant Google called the bluff of Spanish policymakers and shut down its online news service at around 2am on Tuesday.

The closure came after the Spanish government passed a new intellectual property law which means news aggregators will have pay to post content from the country's media outlets on their sites.

"We’re incredibly sad to announce that, due to recent changes in Spanish law, we have removed Spanish publishers from Google News and closed Google News in Spain," a message on the Spain Google News website reads.

"This legislation requires every Spanish publication to charge services like Google News for showing even the smallest snippet from their publications, whether they want to or not. As Google News itself makes no money (we do not show any advertising on the site) this new approach was not sustainable."

The closure of the Google site comes in spite of a call on Monday from the Spanish federation of newspaper editors, Aede, for a solution to be found.

After an an emergency meeting on Wednesday, Aede — which lobbied hard for the introduction of the new law — called on authorities to step in and stop Google News going offline.

"Given the dominant position of Google, Aede requires the intervention of Spanish authorities and EU authorities, as well as competition authorities, to efficiently protect the rights of citizens and businesses," Aede said in a statement.

Also on Monday, the Spanish journalists' federation Fape on said it was not too late for an agreement to be reached between Google and Aede.

In that statement, Fape criticized the Spanish government's poor handling of its revision of the country's intellectual property law, saying the new legislation failed to adequately address the rights of authors and users or to reflect the reality of new digital technologies.

The 'Google tax' solution — as the Spanish scheme has been dubbed — would prove unsatisfactory, leading to a spectacular fall in traffic for news sites, Fape warned.

The journalists' association also criticized the Spanish government for failing to take into account the example of other EU countries' experiences with Google News.

In October a legal battle with German publishers forced Google to remove from its search results news snippets drawn from news sites. One of those companies, Axel Springer, capitulated to Google weeks later, letting it post snippets for free. It said it could not resist Google's dominance in online news.