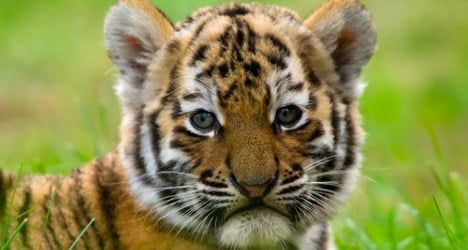 The mayor of Malaga, Francisco de la Torre, announced on Sunday that animal circuses would no longer be allowed in the city. He also announced that pony rides, a popular fairground attraction, would also be outlawed.

He was speaking at a meeting to form a new federation for animal rights: the first in Andalusia and the third nationally according to Europa Press. The Federation of Protectors of the Province will be referred to as Tidus, after a dog which was killed in a fire in Valencia.

The decision comes in the wake of other Spanish cities banning the use of animals in circuses. Cities such as Barcelona, Lleida, Girona, Tarragona, Vitoria, Alicante and Vigo have also decided to scrap animal circuses.

The proposal will be worked on in the coming weeks with the intention being to reach the widest consensus possible. Meetings will shortly be held with the newly formed Federation of Protectors of the Province.

The prohibition of both animal circuses and pony rides will be brought by a team from the ruling Popular Party government and come before the whole council in January 2015.

Animal rights groups have been calling for the ban for some time, while the newly formed Tidus group has listed among its main objectives, the understanding that "there is a lack of freedom for animals" and that in many circuses there are usually a series of learning techniques which use "aggressive methods" and produce "unnecessary animal suffering".

The President of the Malaga Society for the Protection of Animals and secretary of Tidus, Carmen Manzano, explaining the reasons for setting up the new federation, said that "animal lovers and animal rights campaigners have had enough of knowing that there are breeding centres and kennels throughout Malaga where dogs are tied up day and night, often without shelter, mistreated and abandoned".

That is why "we united to be a strong voice that will not be silent until animals have the respect and love that, as living beings, they deserve", Manzano said.