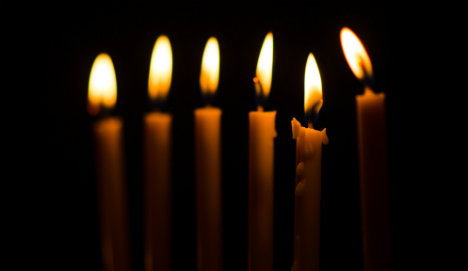 The sect's leader, Feliciano Miguel Rosendo da Silva, and his right-hand woman, the self-described “nun” Marta Paz Alonso, were detained on Thursday in the town of Collado Villalba, around 50 kilometres (30 miles) northwest of Madrid.

An investigating judge will question the suspects “once several outstanding police procedures” are completed, the High Court of Justice of Galicia, in northwestern Spain, said in a statement.

The pair ran the sect, dubbed Mandate and Order of Saint Michael Archangel, in Galicia but moved to the Madrid region after Da Silva was expelled from the Roman Catholic diocese of Tui for “inapproriate moral behaviour”. They then renamed the sect “The Voice of the Serviam”.

The arrest came a day after former members of the sect and their family members spoke out about alleged sexual, physical and psychological abuse by the two leaders, who they said got rich at their expense.

A woman who belonged to the sect said that Rosendo da Silva claimed that “his semen contained the body of Christ, and this way he would purify her,” according to Spanish media reports.

The sect had around 400 members at its peak but most of them left the group when Da Silva was expelled from Tui and moved to Madrid.

The sect's choir performed before Pope Benedict XVI when he visited Madrid in August 2011 for the Cathiolic Church's World Youth Day celebrations.