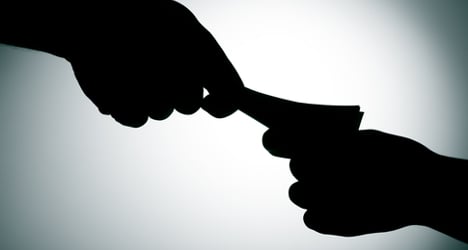 Photo of a silhouette of two hands and money: Shutterstock

Published in the wake of multiple corruption scandals, Spain's Transparency Portal (http://transparencia.gob.es) will provide access to a huge array of data including contracts, grants, functions of ministries, budgets, audits and taxes and the remuneration and allowances of officials.

The Transparency Portal website was created to allow public access to all this information and to also be a place where members of the public could request specific information on specific issues.

Wednesday’s launch will see the central government’s information published, but Spain’s regional and local authorities have a further 12 months to put their data online.

Until a few months ago, Spain was one of the only countries in Europe that did not have a law on transparency or accessing public information, Cyprus and Luxembourg being the only other European countries with no such law.

The law will serve to guarantee citizens the right to access information, to force the government to be transparent and to monitor public activity, according to Spanish daily 20 minutos.

Despite the new law, there is still information that will not be available such as on foreign relations, public security and environmental protection.

The Spanish government has traditionally not done well on issues of transparency.

It failed to answer 57 percent of information requests from the Your Right to Know platform, according to a 2013 report by the organization, which made a total of 654 requests.

This puts Spain on par with countries like Italy or Tunisia, according to similar studies. The United Kingdom government, in comparison, answered 61 percent of such requests in a satisfactory manner.

According to the latest Corruption Perceptions Index of the NGO Transparency International, Spain comes in at 37th position out of 175 countries, with 60 points in total out of a maximum of 100. That ties Spain with Israel and puts the country just above Poland and Taiwan, who have 61 points.

Concern over corruption soared in November to 63.9 percent according to Spanish government research body, the CIS.