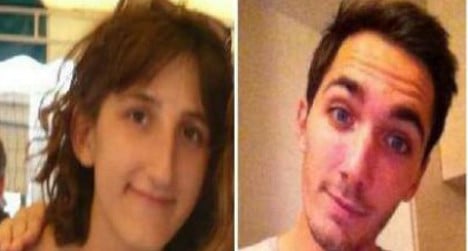 Twenty-one-year-old Sarah Mazerolles and 22-year-old Julien Perez Piguet went missing on December 5th while travelling from Zaragoza to the French city of Pau for the long weekend.

The pair, both studying physiotherapy at Zaragoza's San Jorge University, were travelling in a white Peugeot 206 with the number plate DJ 610 JJ 64.

They were last seen at a petrol station Villanueva de Gállego in Zaragoza province, according to Spanish daily El País.

Search efforts to date have focused on the mountain area around Jaca and Canfranc in Spain's northern Huesca province where a mobile phone antenna picked up a signal from Mazerolles's mobile phone at around 8.30pm on December 5th.

Police believe the two may have suffered a traffic accident but have not ruled out other reasons for the pair's disappearance.

People with information can call the 112 emergency number.