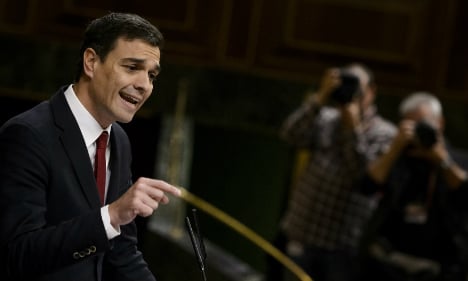 But the draft bill adopted Friday by cabinet ministers would grant the interior minister and the secretary of state for security the power to authorize surveillance in "emergency cases," or for a matter of "particular gravity."

The leader of the main opposition Socialists, Pedro Sanchez, condemned the proposal, likening it to "a kind of Big Brother" move that represented "another tightening of the screws" on human rights and freedoms.

Before it can become law the bill must pass through parliament, where Prime Minister Mariano Rajoy's Popular Party holds an absolute majority.

If adopted, the measure would allow the government to order authorities to tap phone, written and online communications when investigations target criminal organisations, terrorism, crimes against minors or "people with a special legal status," which was not clearly defined.

The draft text allows surveillance for three months, but can be extended.

The measure will "surely be the object of controversy during the parliamentary proceedings," left-leaning Spanish paper El Periodico reported.