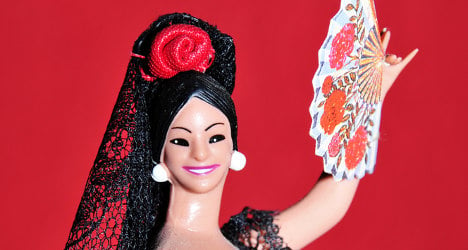 Marín's unique dolls, which adorn the top of many Spanish television sets, were well-known throughout the world but competition, particularly from China, has now seen the company close its doors.

It marks the end of a ten-year long struggle to keep the business afloat. In 2009, the Marín workforce was cut from 17 to just five. Now operations have ended.

At its peak in the 1960s and 1970s, the firm based in the Andalusian town of Chiclana employed over 100 people and produced around 350,000 dolls a year, local daily Diario de Cádiz reported.

The company's dolls have featured in movies by top Spanish film director Pedro Almodóvar, as well as in English television shows and in an MTV awards celebration in Barcelona.

Marín dolls have also been honoured at the international level with doll maker José Marín Verdugo winning top prize at the International Dolls Biennale in Krakow.

All is not lost though, for fans of the dolls. A museum will continue to house examples in Chiclana.