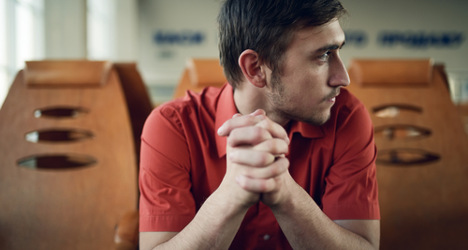 The unemployment rate for people aged under 25 was 53.8 percent in October, according to figures published on Friday but the EU's statistics body Eurostat.

That figure is down from the 55.5 percent seen in the third quarter of 2013 but still puts Spain in top place ahead of second-ranked Greece where the rate was 49.3 percent in August — the last month for which Greek figures are available.

It also means Spain's youth jobless rate is more than seven times Germany's figure of 7.7 percent. The next lowest rate is the Netherlands at 9.7 percent.

The EU average for youth unemployment in October was 21.6 percent, down from 23.3 percent a year earlier.

The Eurostat figures show there 4.98 million people aged under 25 officially listed as out of work in the European Union, or 504,000 fewer than a year ago.