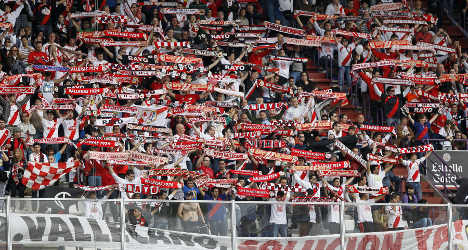 Rayo Vallecano fans are proud of the club and players' gesture towards an 85-year-old woman made homeless. Photo: Cesar Manso / AFP

Rayo Vallecano, the Spanish capital’s poor cousin compared to the illustrious Real and Atlético Madrid football clubs, has made good on its promise to rescue an 85-year-old woman whose plight became national news earlier in November when she was evicted from her home in the poor Vallecas district of Madrid.

Amid an outcry over the woman’s eviction, Rayo, which is based in the Vallecas district and prides itself on its strong community roots, promised to ensure that Carmen Martínez was provided with a roof over her head for as long as she needed it. The 85-year-old was thrown out of the apartment she had lived in for 50 years on November 21st as she had guaranteed a defaulted loan granted to her son.

The eviction took place amid a strong police presence and despite the efforts of members of the PAH anti-eviction platform, whose Vallecas branch has led the campaign to help Martínez and "all the other Carmens out there" in reference to the thousands of people evicted from their family homes since the Spanish property bubble burst around 2008.

"We are not going to do nothing, we are going to help this woman," said Rayo manager Paco Jémez before last weekend’s 1-0 home victory over Celta Vigo on Sunday. "Not just me, but the whole technical team, the players and the club. We will do everything we can to help this woman and lend her a hand so that she can live with dignity and not feel alone."

Now the club has revealed its plan to raise money for Carmen and other potential victims of economic hardship in a neighbourhood which has always been one of the capital’s poorest.

Accompanied by Rayo president Raúl Martín Presa and team captain Roberto Trashorras, Jémez announced on Thursday the concept of a 'row zero', consisting of a bank account for donations — which the club's players have already got rolling — and a donation of five euros from all tickets to the next home match against Sevilla.

The money will be used to pay rent on a suitable home for Carmen, at least until the authorities provide an alternative. Any funds left over will also be used for good causes.

"We have taken a step forward and we would like to take many more, but we are a modest club with limited financial resources," said Presa.

Rayo was taken into receivership three years ago and has one of the lowest budgets in La Liga’s first division.

Jémez, famed among fans as a blunt and plain-speaking football man, said it was a normal reaction from players and staff who care about the district their fans live in. "The starting point was to help someone who was being kicked out into the street. If she were to be offered a decent flat or a proper solution, what we will do is find someone else who needs help; there are plenty out there," he said.

"This money is not just going to sit there, but rather be distributed among people in need," the manager concluded.

Rayo fans held up numerous banners during the win over Celta promoting the club's stance against those caught up in Spain's crippling financial crisis.

"It seems to me like a beautiful gesture, they are great people and I thank them a lot," Martinez told Spanish newspaper El Mundo.

After the club made their intention to help public, Madrid mayor Ana Botella announced that she would try to find a solution for Martinez, who is currently staying with her grandson.

Last year alone Spanish banks seized 49,694 properties across the country, an 11.1-percent rise from 2012, according to statistics from the Bank of Spain. 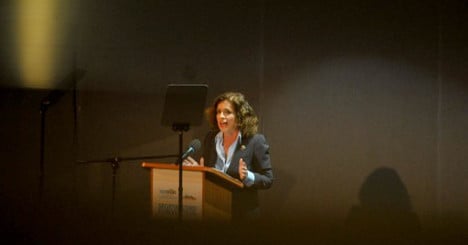 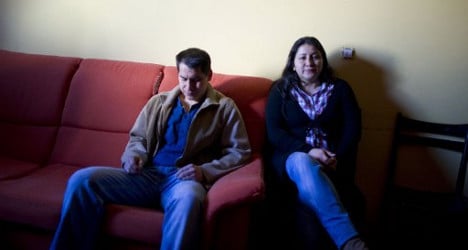