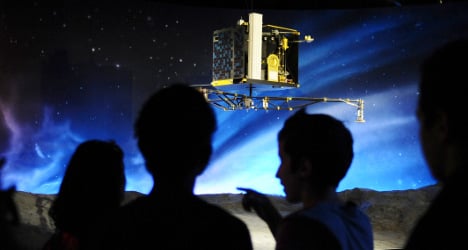 The ESA Business Incubation Centre Barcelona (ESA BIC Barcelona) was officially inaugurated this week, according to the Sinc scientific news agency, the first facility of its kind in Spain and located at the Castelldefels campus of the Catalonia’s Polytechnic University.

According to the ESA, "the incubator offers start-up support and technical expertise for the creation of innovative companies" and is supported locally by renowned public administrations and institutions.

The centre is managed by Barcelona Activa, the city council’s local development agency and an international benchmark for supporting entrepreneurship, innovation, professional improvement and job creation based on its 27 years of operations with extensive experience in business incubation.

Companies involved will be provided with a full programme of advice, measures, services and programmes to support entrepreneurship, including professional development for staff and interaction between hosted companies to foster synergies and joint projects.

One key element for start-ups is developing access to markets. The ESA centre will make it easier for the city’s SMEs "to access tenders to supply goods or services to the public sector", as well as "working to help companies start up operations abroad".

ESA BIC Barcelona is for companies which have been running for less than five years and whose products, services or applications are based on space technology. With the plan being to assist 40 such start-ups over the next five years, the centre already has four projects in incubation in the fields of drone technology, satellite communications, data compression and renewable energy.

As well as access to various European funding channels, each start-up taken on by the incubator will be given €50,000 ($62,000) as an incentive to develop their products. ESA BIC Barcelona joins the ESA network of 10 incubators in Germany, Belgium, France, the Netherlands, Portugal and the UK. Between them they have launched 270 start-up companies in Europe, providing a thousand jobs.

Álvaro Giménez, the director of the ESA Centre in Spain, says that the new BIC in Barcelona "is clearly an investment in the future".

Earlier in November in a technological first, the ESA masterminded the successful landing of its Philae exploratory robot onto a comet.