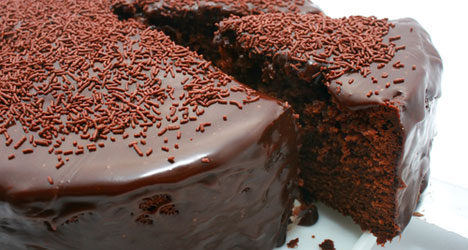 Guests tucking into the chocolate cake were reportedly unaware that it contained cannabis butter. Photo of chocolate cake: Shutterstock

The party had been thrown in a local bar to celebrate the birthday of two brothers, according to Spanish daily 20 Minutos.

One of the guests served a home-made chocolate cake, baked by his mother. But it had a surprise added ingredient: butter mixed with marijuana.

Guests reportedly began to feel "unwell" and had to go to the emergency ward of nearby Asturias Central Hospital.

Medical staff worked out what had happened and contacted police. The stoned partygoers were picked up from hospital by their parents, who had been telephoned by other guests.

The guest who had brought the cake to the party was also affected by its ingredients and was described as being "in no fit state to be interrogated".

His mother was contacted by police and asked to make a statement at a local station, where she admitted baking the 'space cake'.

Health officials noted that the party guests were all aged over 18 and that none of them suffered any permanent damage.

The bar where the party was held has been closed pending court proceedings.