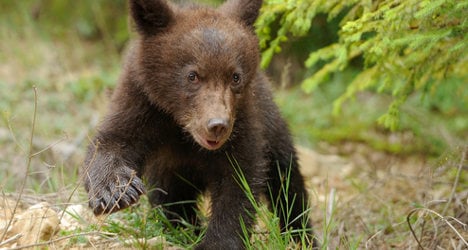 The body of the 10-month-old cub called Auberta was found on Friday inside a 5,000-square metre (54,000-square foot) wildlife enclosure where it has lived since it was found disoriented and alone in April in the village of Aubert in northeastern Spain.

The cub was going to be released into the wild in the Pyrenees where there are believed to be just roughly 30 brown bears in the region.

The bear appears to have reopened a scar on its abdomen which it got when veterinarians earlier this month implanted a tag to allow them to monitor the animal's movements, said Iván Afonso, who is responsible for the environment in the Aran valley country where the enclosure is found.

"It probably happened while climbing a tree and it died from this injury," he said.

The Pyrenees mountains, which straddle the Spanish-French border, are one of the last great strongholds of the European brown bear in southern Europe.

Native Pyrenean brown bears were almost extinct in the 1990s due largely to hunting and the first attempt to re-introduce them was in 1996 when three bears were brought from Slovenia which has a thriving bear population.

The programme was strongly opposed by cattle and sheep farmers who say the bears are unwelcome and kill their livestock.

Brown bears originated about 600,000 years ago in China and were first reported in Europe about 250,000 years ago. They are the same species — ursus arctos — as the American grizzly.