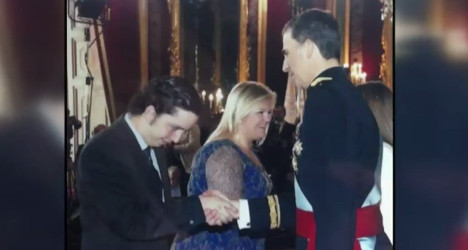 'Little Nicolás' (L) even managed to wrangle an invitation to the proclamation of Spain's King Felipe in June. Screen grab: YouTube/RTVE

Despite not holding any official public position, he had managed to meet and be photographed with members of the royal family, including King Felipe VI, and politicians in Spain's ruling Popular Party such as former Prime Minister José María Aznar.

Reports suggested that he had used his brazen knack for networking to broker shady deals, promising businessmen favours in return for up to €50,000 ($62,000) while making wild claims about his ability to access and influence the cream of Spanish society.

Gómez had not commented on his arrest and subsequent release until an interview with Spanish daily El Mundo, published on Saturday.

In it he showed no signs of dropping the confident image which has made him a minor celebrity in Spain.

He denied that he was a fraud, saying "I've never falsified any public document".

He then claimed that he was really working for Spain's National Centre for Intelligence (CNI) spy agency. When asked why he had been arrested, he replied that it was because he had "too much information."

"I knew too much," said the young man.

"The first thing they did was to delete my WhatsApp messages with state officials and my emails. But they're so inept they didn't delete them all, so I still have material in my possession."

He claimed that Spain's Deputy Prime Minister, Soraya Sáenz de Santamaría, was his contact within the government and that he had even received phone calls from former King Juan Carlos.

Sáenz de Santamaría, he said, had ordered him to "solve the problem that Spain has with Catalonia" — the Spanish region that recently held a symbolic vote on independence from the rest of the country.

He went on to claim that he had been asked to help with Princess Cristina's financial scandal, adding that she had given him "a thank-you kiss".

'Little Nicolás', who said that he hated the name and asked to be called Fran, told El Mundo that he had had use of official cars from both the Deputy Prime Minister and the CNI.

The government responded via a statement released on the day of the interview's publication.

"The Deputy Prime Minister has never given the individual in question use of a car. As soon as it became known that Mr. Gómez was posing as a partner or member of the Deputy Prime Minister's staff, using terms similar to those in the interview, he was brought to the attention of the forces of state security." 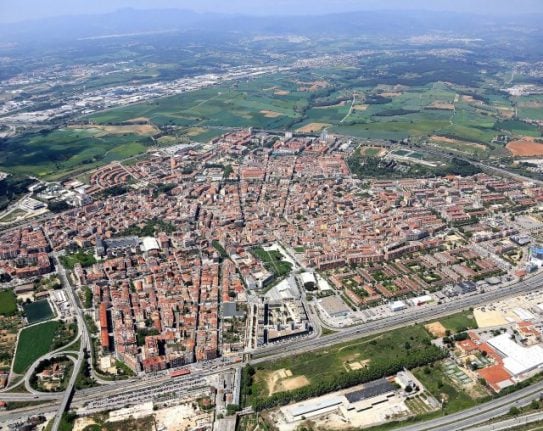 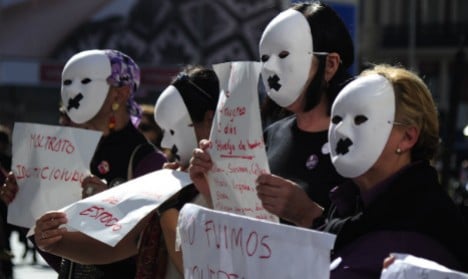