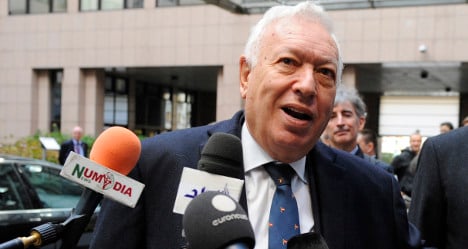 Spanish Foreign Minister José Manuel García-Margallo has travelled to Cuba to take stock of bilateral relations between Spain and Cuba.

During the visit, he is also expected to make use of the "very fluid connection" between Spain and the US to deliver messages from the Barack Obama administration on Cuba, according to Spanish daily El País.

While diplomatic sources quoted by the paper didn't specify what those messages were, Magallo is expected to discuss Cuban leader Raúl Castro's debut appearance at April's Summit of the Americas in Panama City — critical for the US as it is the only regular pan-American forum it attends.

At previous such events, various American nations had said they would not attend if Cuba was not invited.

US sources believe it would be very difficult for Obama to be seen with Castro unless there is a "gesture" on the part of Havana. Spain's foreign minister may be charged with making that suggestion, El País reported.

Among possible gestures is the liberation of US citizen Alan Gross, currently serving a 15-year prison term in Cuba after being found guilty of delivering satellite phones and computer equipment to the island's Jewish community without the necessary permission, according to his sentence.

The US have prioritized the release of Gross given his poor heath, but Cuban authorities have asked for the release of three Cuban secret service agents being held in the US — a request Washington has dismissed.

However, relations between the two countries are thought to have thawed somewhat with two US senators on November 11th visiting Gross in the hospital where he is serving out his sentence.

During his visit to Cuba, Spain's foreign minister is also expected to discuss the upcoming Ibero-American Summit in Mexico in December.

He is also set for talks with officials involved in the negotiations between Colombia's government and the Revolutionary Armed Forces of Colombia guerrillas, or FARC, which have been taking place in the Cuban capital since November 2012. 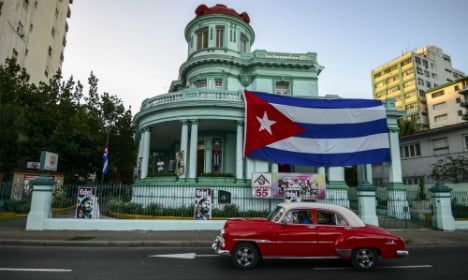