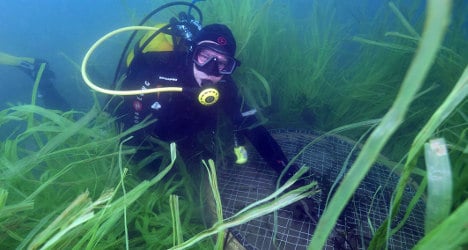 The care of three of Spain’s five wild paradises which have Unesco World Heritage protection status comes in for criticism in the World Heritage Outlook report by the International Union for Conservation of Nature (IUCN), the world’s oldest and largest global environmental organization: the Ibiza coastline, the Doñana wetlands in Andalusia and the Canary island of La Gomera.

In the case of Ibiza, which attracts millions of visitors each year, the study says that the island’s natural ecosystem is currently “under high threat from uncontrolled tourism”, citing “uncontrolled anchoring” and “sewage pollution from thousands of tourist boats and yachts” as key problems, besides “invasive alien species”. “

Additional threats come from disposal of poorly treated sewage from the land, visitation pressure on the terrestrial parts of the site, and disposal of dredged material nearby,” the World Heritage Outlook report continues, adding that climate change, plans to lay a new submarine electric cable between Ibiza and Formentera and an oil exploration and drilling project in the Ibiza channel are also causes for concern.

Among the particular wildlife elements the IUCN is most concerned about in terms of human impact are the Posidonia oceanica seagrass meadows, “with their associated biodiversity”, and the population of the Balearic Shearwater. “If this negative trend continues, these values may soon enter a critical conservation state,” the report says.

The chief reason for the threats to Ibiza’s protected coastline, according to the study, is the lack of proper environmental management. “Staffing, enforcement of borders and the legal framework, visitor management and monitoring of key threats” are all described as “clearly insufficient”, at least in part due to a lack of “financial resources”.

Meanwhile, the IUCN is concerned at a longstanding problem of water levels at Doñana National Park, a part-wetland wilderness by Andalusia’s Atlantic coast and home to the world’s largest population of Iberian lynxes. The management of the site is considered much better than in Ibiza, for example, but does not have an impact on agricultural policies outside the park which have caused “the long-term and continuing reduction in water quantity and the barrier effect caused by surrounding uses of the land”. Much of the surrounding farmland is given over to the irrigation-heavy production of strawberries.

Finally, the Garajonay National Park on La Gomera is a concern due to the damage caused in a massive blaze on the island in 2012, which proved how vulnerable the protected area is due to the woodland’s small size and slow growth. Increased tourism and climate change are among the causes of this extra vulnerability at Garajonay, but the IUCN report accepts that the situation is improving.