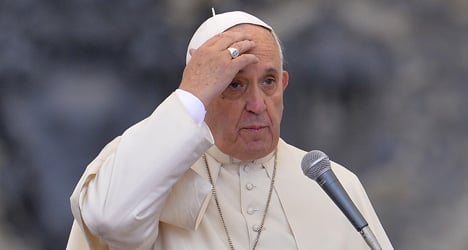 The Andalusian city's high court revealed on Tuesday that it had opened a case against 12 people said to be involved in a 'network of abuse'.

One of the alleged victims is a university lecturer who reported that he had been molested as a child by priests in Granada.

An internal investigation began which followed the church's new "zero tolerance for abuse and abusers" guidelines. This led to the Vatican reporting its suspicions to the police.

Online religion website 'Religion Digital' reported that the Archbishop of Granada had immediately removed priests named in the investigation from active duty.

According to Spanish daily El Confidencial, the victim received a phone call of support from the Pope himself this week and was invited to visit him in Rome.

It is believed that there may be other victims of abuse, both girls and boys, and that the priests may have worked with paedophiles from outside the church who were involved in the distribution of pornographic material.