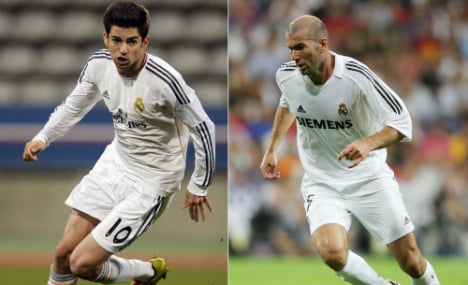 An attacking midfielder already called up by the French under-19s, Zidane junior has until now been playing with Real Madrid's third team.

But on Sunday fans will be licking their lips to see if the old man gives his eldest son a run out for the second team, known as Castilla, against UB Conquense of Cuenca in Spain's third tier.

He had an immediate impact, scoring a wonder goal that delivered the 2002 Champions League in a 2-1 final win over Bayer Leverkusen.

He was appointed coach of Castilla in the summer but was last month banned for three months for not having the necessary qualifications to coach in Spain, only to be allowed to continue while he appeals the decision.