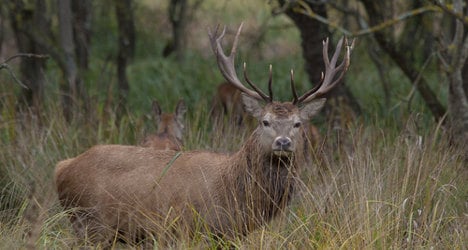 The PP majority in the Senate steamrollered through an amendment to Spain’s National Parks Law on Wednesday evening which extends a moratorium on a ban on hunting in these specially protected areas and, environmentalists say, makes any eventual prohibition harder to enforce.

The law as it stood said that hunting on private estates which fall within one of Spain’s 15 national parks must end by 2017. This has now been extended to 2020 but, even worse, say conservationists, the government has not included any framework by which landowners should agree with the authorities how to end hunting activities or face their land being expropriated.

The amendment instead mentions “voluntary agreements” and the need for landowners to be compensated for a loss of income from any end to hunting on their estates.

The organizations Ecologists in Action, SEO/BirdLife and the World Wildlife Fund slammed the PP for “caving in to the interests of big landowners.”

Although the rule change affects all of Spain’s national parks, the debate centres largely on Cabañeros in Castilla-La Mancha, where several influential businessmen such as Alberto Alcocer have hunting estates. El País newspaper revealed last year that the head of Spain’s OAPA national parks agency, Basilio Rada, had been a guest at a shoot held on Alcocer’s land.

“The private interests of big landowners carried more weight for the Popular Party than the defence of shared interests and the need to protect nature,” the statement by the three environmental groups continued.

The green groups who have been negotiating with the PP, along with other parties represented in parliament, had warned that the government’s proposed amendment would “turn Cabañeros National Park into a clandestine hunting estate on a permanent basis […] which would be an unprecedented blow to public credibility and the international recognition of our national parks system”.

All the major opposition parties in the Senate voted against the amendment and the reformed law will now move to the lower house of parliament, where the PP also holds an absolute majority.