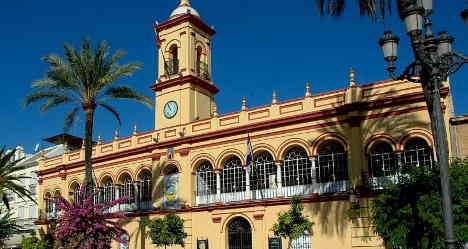 The town hall of Arahal, where a house fire claimed the lives of three people on Thursday. Photo: Javierpavon2000/Wikimedia

The grandparents, both in their seventies, died at home after the fire broke out while they were asleep at around 7.15am on Thursday, Spanish press reported.

Ambulance workers spent an hour to try and resuscitate their young grandson but were unsuccessful.

His 18-year-old sister survived after receiving CPR and was taken by ambulance to Seville's Virgen de Valme Hospital.

The home had been "reduced to ashes from one end to the other", said local mayor Miguel Ángel Márquez describing the scene.

Police are now investigating the cause of the fire.