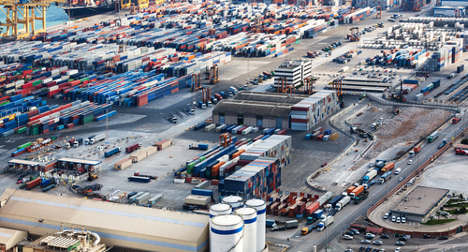 Company bosses kept largely quiet as the recent independence drive intensified, but with Catalonia defying Madrid by staging a symbolic independence vote on Sunday, they are now speaking out.

Some say freeing the northeastern region from the fiscal yoke of Madrid would mean lower taxes for Catalans, but others warn it would drive multinational companies away and breed financial instability.

Catalonia is by far the wealthiest of Spain's regions, accounting for nearly a fifth of the country's economy and home to countless small and medium-size businesses.

Many Catalans say they get a raw deal from Madrid, paying more in national taxes than they get back. That grievance has sharpened over the past six years of economic hardship.

"We are paying a lot," said David Poudevida, spokesman for the pro-independence business lobby "We Believe in Catalonia", which represents some 600 companies.

"If we could decide what to do with that money, there are a lot of areas of the economy here that might be doing a lot better."

Joaquim Gay de Montella, president of the powerful Catalan business leaders' federation Foment, admits the region would run its finances better on its own — but says independence is still not worth the risks.

"Catalonia gets more out of staying part of Spain because of the stability of its financial and banking system," he said.

Catalonia may be rich, but it is also heavily indebted, and no one knows how it would fare on the international debt markets if it became independent.

EU authorities have warned that by breaking from Spain, Catalonia would drop out of the European Union. Winning back investors' confidence would take at least 20 years, said Gay de Montella.

Albert Peters, spokesman for the lobby No to a Catalonia Outside Europe, says most companies in Catalonia want to stay in Spain but keep quiet about it for fear of offending the regional authorities.

He warned that breaking away from the rest of Spain, a major trading partner, would make it cost more for them to export there.

"Exports to Spain could be hit by duties and the banks would lose access to funding from the European Central Bank," said Peters, a German tax adviser based in Barcelona.

He added that secession would drive some companies to move their bases away from Catalonia — as the major publisher Planeta, which employs 10,000 people, has already threatened to do.

As for the European Union, Catalonia should remember it did well out of Spain joining the bloc in 1986, Peters added.

Nevertheless, he and Gay de Montella agree that the Spanish government should forge a new fiscal pact with Catalonia — possibly a special tax regime like those of two other northern Spanish regions, Navarra and the Basque Country.

Supporters of independence say that would be too little, too late.

His company exports 70 percent of its production, but still he says he is "ready to accept not being in the European Union and not having the euro".

Spain, he believes, could never afford to sever ties with a wealthy land like Catalonia. And for him, there is more than just business at stake.