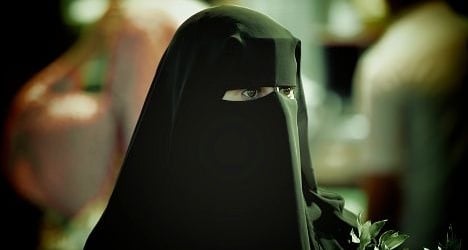 The mayor of Victoria in summer banned women in Muslim outfits from swimming in the city's swimming pools. File photo: Glenn R Carter.

The driver for the city’s Tuvisa transport service who took decided not to allow the women in a veil that to board his bus has now organised a petition among company colleagues and passengers in a bid to gain support for his stance, according to sources cited by Spanish news agency Europa Press.

Tuvisa has opened an investigation into the incident, while the municipal company’s president has called a meeting with politicians from the city council to inform them of what the ABC newspaper says is the latest in a series of flashpoints relating to rules for the city’s Muslims.

In the summer, Mayor Javier Maroto of the conservative Popular Party imposed rules to prevent women from bathing in public swimming pools wearing Muslim outfits or if they were dressed in ordinary clothing and not just swimming costumes. "The rules at public swimming pools are the same for everyone," the mayor said in June.

"Swimming dressed in all of your clothes and the veil is intolerable."

Maroto is the leading figure behind a PP campaign in the Basque Country to change regional rules governing which families should receive minimum income allowances. The party’s proposal lists requisites such as having been registered as a resident in the region for 10 years and having paid into the social security system, proposals seen by some as discriminatory against immigrants.

The local leader of the Spanish anti-racism organisation SOS Racismo, Fede García, has accused Maroto of "xenophobic opportunism", adding that most immigrants have worked and paid their contributions before, in some cases, finding themselves out of work like millions of Spaniards. “When their subsidies run out, what are they supposed to do? Pack their bags and leave?”

Last year the PP-run city council in Vitoria toughened up laws on commercial premises, a move which led to 45 internet cafés, Chinese-run bargain shops and kebab restaurants receiving sanctions for hygiene problems or failure to have the correct licenses.

In September, Spain's interior minister said the country could look at a ban on burqas as part of a packet of planned new security reforms.

Spain's Catalonia region has set in motion plans for a law controlling  the wearing of burqas and other face-covering attire in public spaces "for reasons of public safety".

The region are pushing ahead with the move, first mooted in 2013, after the EU ruled in July that banning full face veils in public did not violate the human rights of Muslim women.