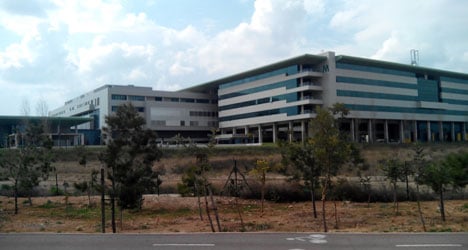 Doctors at San Espases hospital performed emergency surgery but were unable to save the child's life. Photo: Chixoy/Wiki Commons

The boy’s father, a paediatrician at the local hospital, was walking along the road from Sencelles to Costitx at 7.30am when the wing mirror of a passing van struck the child in the head, according to local daily Crónica Balear.

Civil Guard sources said that the father took the child straight to Son Espases hospital. Doctors there performed an emergency operation but were unable to save the baby’s life.

The van’s driver, a 42-year-old local man, handed himself into the police when he learned of the time and place of the incident via the media. He claimed to have been completely unaware of the seriousness of what had happened.

After his confession the driver was charged with involuntary manslaughter and released.