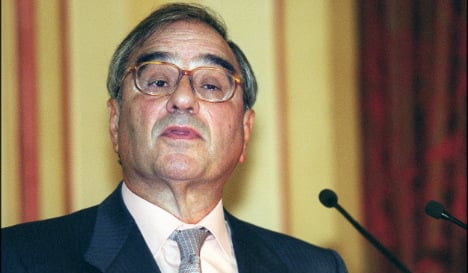 The Spaniards included the two former ministers Rodolfo Martin Villa, 79, who was Franco's interior minister, and Jose Utrera Molina, 86, who was housing minister under Franco, Spain's dictator from 1939-1975.

"This is tremendous news for the victims," said Maximo Castex, an attorney for victims of crimes against humanity.

The judge on Friday asked Interpol to issue arrest warrants for the suspects so they can be extradited to Argentina for questioning.

"It is historic," said Maria Arcenegui Siemens, spokeswoman for the Association for the Recovery of Historical Memory, a group supporting victims of Spain's 1936-1939 civil war and the ensuing 36-year dictatorship.

"It is a great day for us," she said in Madrid.

Villa is accused of ordering a police raid on protesting workers sheltering in a church which left five people in 1976, according to Servini's ruling.

Prosecutors say Utrera was among the officials who signed the execution order for Salvador Puig Antich, a Catalan anarchist who was accused of killing a policeman.

Utrera is the father-in-law of Spain's ex-justice minister Alberto Ruiz Gallardon, who resigned in September over an unrelated matter.

One of the lawyers acting for the plaintiffs, Carlos Slepoy, said it was the first time former ministers of the regime were targeted under universal jurisdiction — a legal doctrine that authorizes judges to try serious rights abuses committed in other countries.

After Franco's death in 1975, Spanish leaders signed an amnesty agreement seen as essential to avoid a spiral of score-settling as they tried to unite the country and steer it to democracy.

Spanish authorities still invoke the amnesty law in refusing to investigate alleged atrocities during the Franco era, despite demands by the United Nations that it be scrapped.