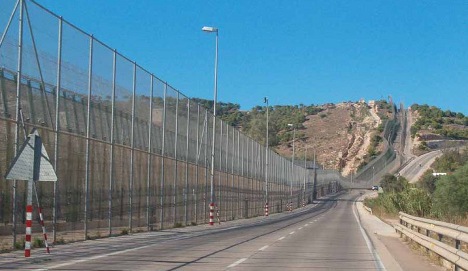 Footage filmed by a rights group on October 15th showed Spanish Civil Guards beating a migrant and carrying him, apparently unconscious, back to the Moroccan side, despite the fact that migrants reaching Spanish soil are meant to get asylum.

"We have asked the Spanish authorities for clarification, we have informed them about our concerns, and we are waiting for a response," European Commission spokesman Michele Cercone told reporters.

He said the outgoing European commissioner for immigration, Cecilia Malmström, had written to the Spanish authorities to seek answers about its treatment of migrants and to check that European law was being respected.

Amnesty International and 12 other human rights groups on Thursday had urged the United Nations and Europe to press Spain to stop the "illegal" deportations of migrants who reach Melilla and Ceuta, its territories in north Africa.

Spain's conservative government has said it will pass a legal amendment authorising police to expel migrants who climb over the fences to the two Spanish-governed territories which have Europe's only land borders with Africa.

Spanish authorities say thousands of Africans have tried to climb over the seven-metre (23-foot) high fences into Melilla and Ceuta this year, with numerous migrants and police officers injured.