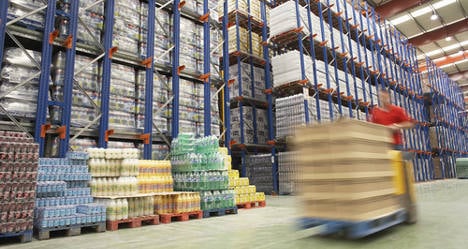 Spain's economy grew by 0.5 percent in the third quarter from output in the previous three months, initial data showed on Thursday in a further sign of recovery from recession.

This was the fifth quarter in a row of growth, according to the official statistics body (INE) which published the flash figure. The quarterly growth figures marked a slight slowing from growth of 0.6 percent in the second quarter.

Spain is climbing out of a deep recession triggered by the financial crisis, which led to the bursting of a big property bubble and pushed the unemployment rate up to a record high of 26.9 percent during the first quarter of 2013.

The latest unemployment data showed that rate edged below 24.0 percent in the third quarter, the lowest it has been since 2011. But at 23.67 percent, it remains one of the highest in the industrialised world.

The length and severity of Spain’s crisis has meant that a large proportion of the population has become marginalised, living either in, or at the risk of, poverty. A report released this week by Caritas said that 25.1 percent of Spaniards were living in social exclusion in mid-2013, up from 16.3 percent in 2007 before the crisis began.

Spain, the eurozone's fourth-biggest economy, clawed out of its second recession in five years during late last year, having applied radical reforms to strengthen public finances, the banking system and the labour market.

The biggest threat to Spain’s recovery is the poor performance of the eurozone as a whole, the single-currency area slumping to zero growth in the second quarter. The Eurozone inflation rate was as low as 0.3 percent in September, while Spain’s was negative at 0.2 percent.

The INE will publish final economic growth data for the third quarter at the end of November.