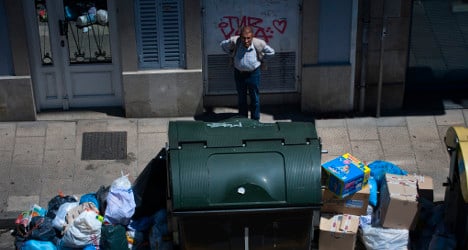 Rubbish pilled up in the center of Lugo, northwestern Spain in July 2014 during a strike by street cleaners. File photo: Miguel Riopa/AFP

It is one of the images that symbolized Spain's economic crisis for a global audience: in September 2012, the New York Times ran pictures of desperate Spaniards foraging in rubbish containers.

For people who live in Spain at the end of 2014, it remains a reality: the streets of many town and cities are littered with garbage which has been picked over by people seeking material they can use or sell on for a small profit.

Now the tough-talking mayor of Seville Juan Ignacio Zoido  wants to clean up his city — literally.

"When you have to look after the people's health, (and take care of) cleanliness, you can't let people throw rubbish rubbish around containers," said the mayor with Spain's ruling conservative Popular Party of his decision to up fines for people who do so from €300 to €750.

"The fines were there before, but they weren't being imposed," he said, he said of the new penalties, approved by Seville's city council on Tuesday.

Asked how people trawling for trash were going to actually stump up the sums involved, Zoido said it was all about dissuading people from doing so and encouraging them to "go to social services for help" instead.

SEE ALSO: One in four Spaniards live in poverty — report

When "people come down from their apartments they don't want to find common areas and the streets full of rubbish because there are people pulling it out (of containers) and throwing it around.

Zoido's comments have raised the ire of opponents with a spokesperson for the opposition socialists describing the move as like "shooting flies with cannon balls".

It is "shocking" that local authorities "can't guarantee citizens' basic rights and on top of that there are fines", says a spokesperson for the United Left.

This is not the first time Seville's mayor has come under fire for fines. In July, the city announced it would introduce heavy fines designed to crack down on noise, with these penalties targeting everything from outdoor domino games to unnecessary revving of car engines. 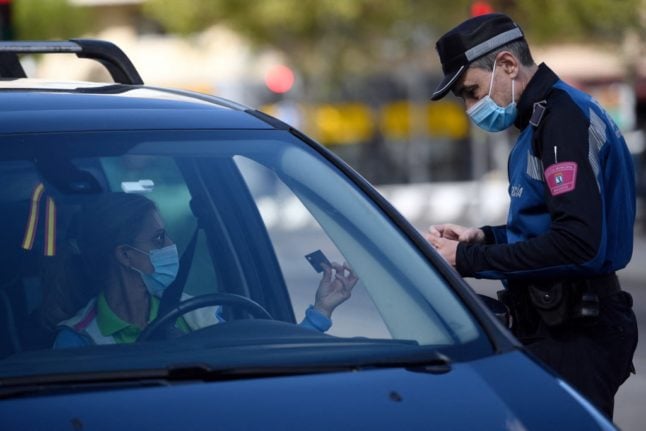 DRIVING
What are the main reasons drivers in Spain get fined?
Url copied to clipboard!