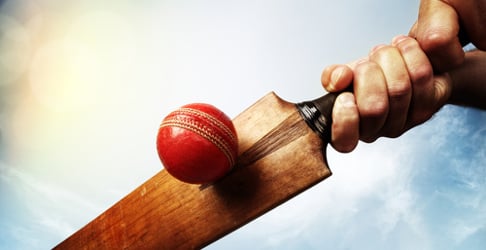 Cricketers in Barcelona say that there is a problem in terms of suitable places to practice . Photo: Shutterstock

Her complaint against the cricket fine is included in a report Vilà has delivered to Barcelona city council detailing what she sees as heavy-handed penalties meted out to citizens who fall foul of the city’s bylaws.

Another example the ombudsman cites is that of a boy who was fined €1,125 for carrying a concrete block on his bicycle, although the family managed to have the penalty halved.

The ombudsman argued Barcelona’s bylaws do not expressly prohibit any particular sport in the streets, but instead describe certain characteristics of a game which could allow for a ban if the activity puts people and their possessions at serious risk of harm.

"Then there is the police officer’s discretion to decide whether the infraction posed a serious risk or not,” Vilà pointed out.

What’s more, for a minor infraction the maximum fine is €750, meaning in these cases the agents clearly considered that a more serious offence had occurred.

The president of one of Barcelona’s cricket clubs says that there is a problem in the city in terms of suitable places to practice. Shortly after the club was formed, in 2012, some of the members were fined €400 for playing cricket in a park. The police also confiscated their bats.

"The children from our team used to play in the park with bats and a tennis ball because there are no facilities for them to play anywhere else," Marta Marzal, the president of Sant Andreu Cricket Club, told The Local.

"The local authorities should be encouraging them to play sport and not punishing them. This only disillusions them. It’s like how children from around here used to play football in the street but then everything ends up being prohibited,” Marzal added.

She believes that as cricket is mostly played by Asian people, "sometimes the police or urban guards just don’t like the look of foreign kids; it’s more a case of racism than anything else."

Finally, the story had a positive ending for Sant Andreu after the club complained to local authorities about the lack of space to play sport.

Backed by the local neighbourhood association, the cricketers were offered the use of a disused plot of land. “We had to pay the fine, but it turned out well for us,” said Marzal. 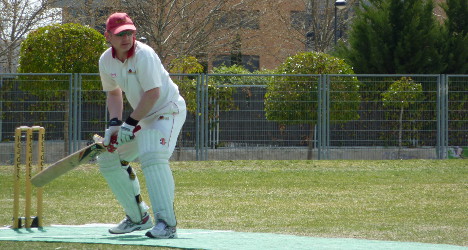