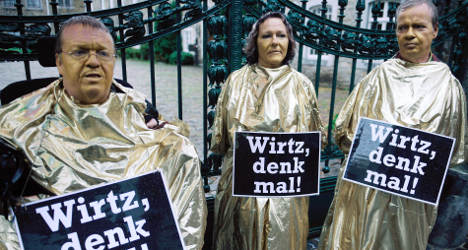 Opponents to a memorial dedicated to the victims of thalidomide in Germany. File photo: Henning Kaiser/DPA/AFP

Madrid’s Provincial Court has blocked the payment of compensation by Grünenthal to 186 Spanish victims of Thalidomide, overturning last year’s decision by a lower court in favour of the plaintiffs having found the company to have been "negligent".

The higher court on Wednesday said that the plaintiffs had not proven sufficient causality between the consumption of a drug made by Grünenthal and the individuals' deformities and it was therefore “overturning the sentence and dismissing the complaint in its entirety”, Spanish daily El Mundo reported.

Among the reasons for the decision were the difficulty in proving that the disabled individuals' birth defects were linked to Thalidomide and the fact that some of the people in the list of victims had not been born during the relevant period at the beginning of the 1960s. The court also said that legal time limits had been overrun.

In November 2013 another Madrid court had ordered Grünenthal to pay damages of €20,000 for every percentage point of disability in each case and to meet the costs of the litigation after ruling that the firm had failed to carry out sufficient laboratory trials of Thalidomide before marketing it in Germany. Grünenthal appealed the ruling.

Thalidomide was marketed in the 1950s as a tranquilizer but was increasingly used to alleviate the symptoms of morning sickness in pregnant women before being withdrawn after a series of births with missing or deformed limbs.

Last year’s court ruling limits compensation payments to those people recognized by the government in a 2010 royal decree as victims of the drug. However, it excluded people who received money from the Contergan Foundation, established in Germany in 1971 to compensate Thalidomide victims and into which Grünenthal paid 117 million deutschmarks.

The Association of Victims of Thalidomide in Spain (Avite) had sought compensation for 186 people totalling €204 million ($259 million).

“We find it incredible and bizarre that the [lower court judge] did not consider that the case had overrun legal time limits and now three judges from the Madrid Provincial Court do,” Riquelme said. He added that he would continue the legal battle “as long as he had breath in his body”, stating that Avite would appeal this latest ruling.

In a statement provided to The Local, Grünenthal said: "By upholding the appeal, the court has shown that claimants were not able to provide evidence to their pleadings and that a valid trial is impossible after an elapse of more than 50 years."

The company reiterated it continued to support individuals affected by the drug via the Contergan Foundation and other international initiatives. 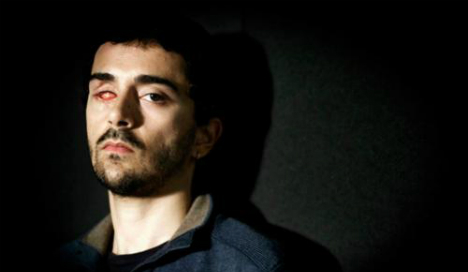