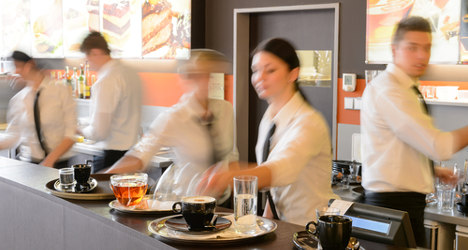 Some 12.3 percent of Spanish people working legally are members of the working poor, the study from the Spanish union the CCOO reveals.

That's the third highest rate in the European Union with only workers in Greece (15.1 percent) and Romania (19.1 percent) faring worse.

The number of people in the group in Spain— which includes anyone who earns anyone less than 60 percent of the average salary — has also risen in recent years.

The figure held steady in 2013 but the authors of the CCOO report pointed out that falling salaries in Spain were responsible for this dip, as falling salaries led to a lower poverty threshold.

In 2013, the poverty threshold for single-person households had fallen to €8,100. For households with two adults and two children, it had come down to €17,000.

Self-employed people, meanwhile, were in an even more difficult situation with 35.6 percent of people in this group classified as working poor in 2012, against a mean 23 percent in the EU.