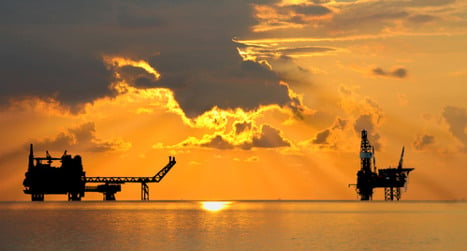 With a month to go before Canary Islands residents vote in a non-binding consultation on whether controversial oil exploration plans should be approved in the archipelago’s waters, the terms of the debate could be affected by the announcement that crude has been found in nearby Moroccan territory, Spanish daily El Mundo reports.

The Genel-San Leon-Serica consortium has said that it has found oil at a depth of just under three 3,000 meters off the coast of Sidi Ifni, a former Spanish colony in southern Morocco, near the border with the disputed Western Sahara territory.

The English-Turkish consortium will now request permission from the Moroccan government to carry out further tests to see if the oil is of commercial quality. Both Spain and Morocco have been searching for oil in the same Atlantic region for the past 15 years, but this find could be the most encouraging yet for either side.

The find is located some 125 miles northeast of the Canary Islands, and only 80 miles from the area in which Repsol is due to start exploration later this year after the Spanish government approved the oil giant’s prospection plans.

This decision enraged environmental campaigners in the archipelago and the Canary Islands government has responded by calling a popular vote on November 23rd in which people will be asked if “the Canaries should change its environmental and tourism model for the sake of oil and gas exploration”.

The government in Madrid had said the vote is illegal and will make no difference.

Industry sources quoted by El Mundo say that the Sidi Moussa-1 area where the Genel-San Leon-Serica consortium has made its find is geologically “very similar” to the Canarian undersea zone in which Repsol plans to prospect to greater depths of up to 4,000 metres. The same sources say that if the find was confirmed as commercially viable, this would “shift the debate” in the Canaries as “it would give Repsol the benefit of the doubt”.

Spanish Energy Minister José Manuel Soria, who is also the leader of the Popular Party in the Canary Islands, has said it would be “absurd” to watch on as Morocco exploited its oil reserves while the Canaries allowed its oil to remain locked underground.

The Spanish government hopes that oil discoveries in the Canary Islands could supply 10 percent of the country’s needs.