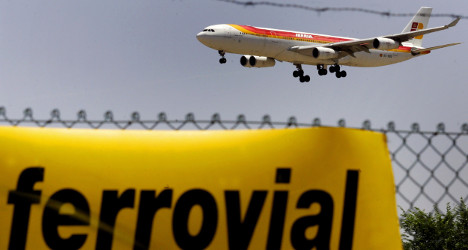 But Transfield held open the door for further possible negotiations.

It was the latest move in Ferrovial's overseas expansion after it struck a deal last week to buy three British airports, a promising sign for Spain's battered construction sector.

Ferrovial submitted "an indicative, non-binding proposal" to buy 100 percent of Transfield Services at $A1.95 per share, it said in a statement.

It called that a "compelling proposition" for shareholders which offered a "substantial premium" on Transfield's average recent share price.

Transfield said in a statement that the offer, worth the equivalent of €686 million, undervalued its shares, however.

"The board believes that shareholders interests are best served by conducting exploratory discussions with Ferrovial to determine whether a proposal which would deliver better value to shareholders, can be put forward," it said.

Ferrovial said it "reserves the right to withdraw the proposal at any time".

It has been looking overseas for opportunities to expand after Spain was stricken by the crash of its domestic construction sector in 2008.

Last week Ferrovial teamed up with another Australian firm, Macquarie, to buy airports in Aberdeen, Glasgow and Southampton for €1.3 billion.

That deal is subject to approval by European regulators and is expected to be sealed by January 2015, the statement said.

Ferrovial is also one of three companies that have had bids accepted to take a stake in Spain's state airport operator Aena. The government hopes to make billions of euros out of that major privatization.